An overview of the Basaksehir district in Istanbul European

Basaksehir, the neighborhood with an area of 105 square kilometers, is not only one of the ordinary neighborhoods in Istanbul, but it is the dream of many Arabs to gain a profitable investment and a luxurious living due to its many characteristics that we will review together.
According to nufusu.com, the population of Basaksehir is 396,000 people, and 43% of the population is young, so it is a neighborhood full of energy and vitality.
Therefore we can find there the largest Olympic stadium in Turkey, the largest mall in Istanbul Mall of Istanbul, and the largest square in Istanbul with many shops and restaurants. Basaksehir has The largest botanical garden with an area of 11 football fields, the largest public park in Turkey,

Where is Basaksehir located ?

Başakşehir district has a privileged location in the middle of northern European Istanbul, where money, business, and Turkey's economic center are.
Basaksehir is bordered on the north by the Arnavutkoy neighborhood and Istanbul Airport, on the east by the neighborhoods of Esenlar and Osman Ghazi, in addition to the historical Eyup neighborhood, which includes the tomb of the companion buried in Istanbul Abu Ayyub Al-Ansari, may God be pleased with him, and the Basaksehir neighborhood to the south, where the University of Istanbul is located, The first is in Turkey and from the west is the Esenyurt district.
The fact that the famous Basak district is located in the center of the north of the European side of Istanbul makes it very easy to reach anywhere. Through the E-80 or TEM highway, you can reach the Asian side in 15 minutes, passing through the Sultan Mehmet Al-Fatih Bridge. And you are only 13 minutes away from Taksim Square.
It is also the closest neighborhood to Istanbul's new airport, which is only 25 km away. 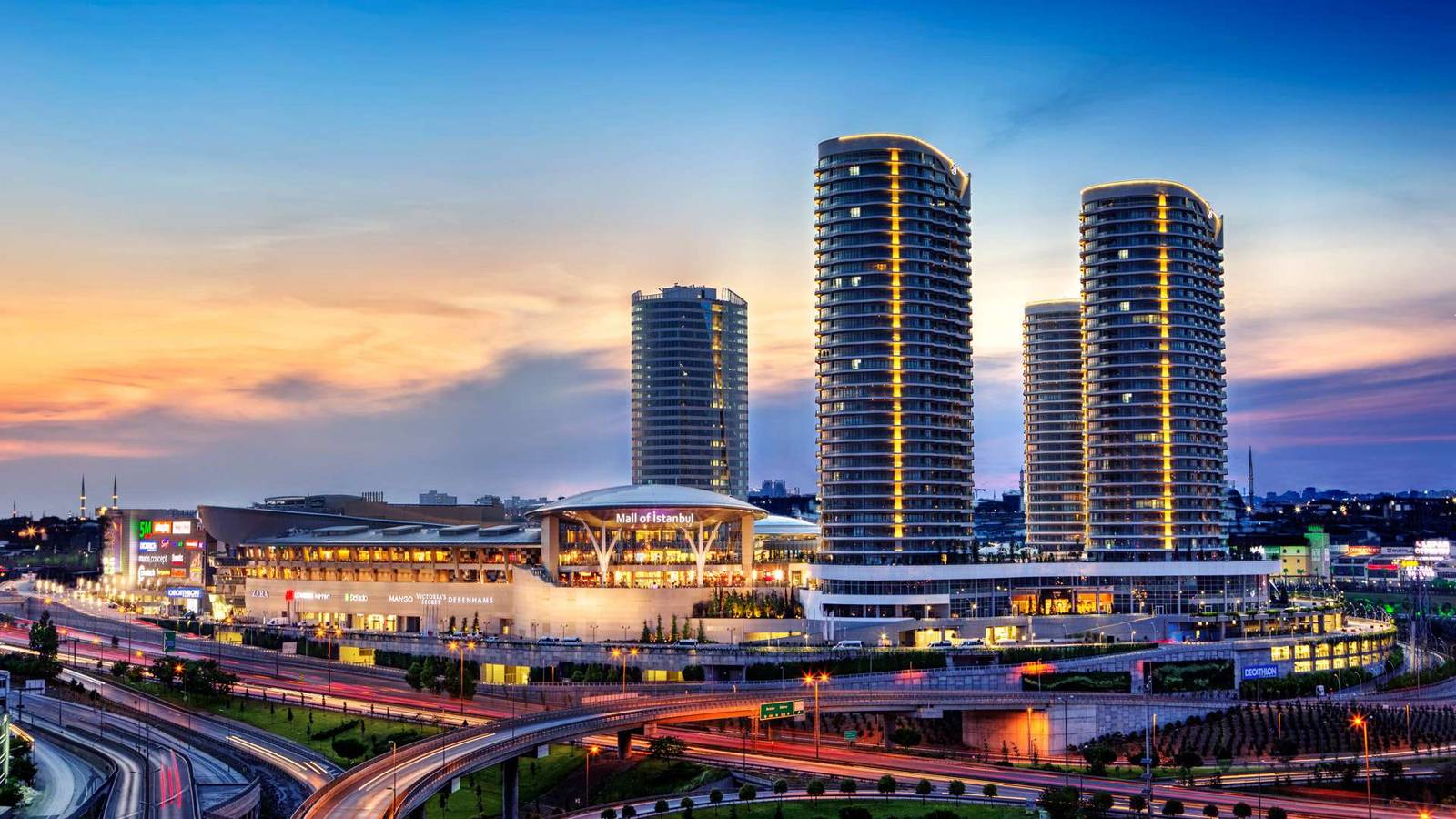 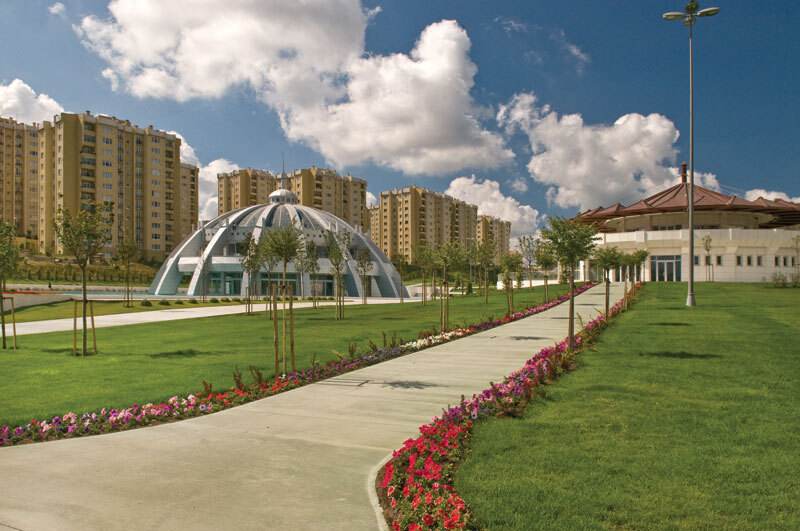 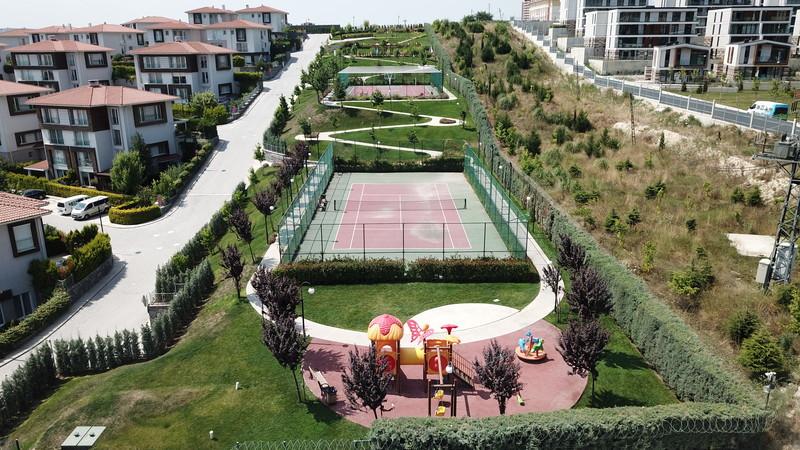 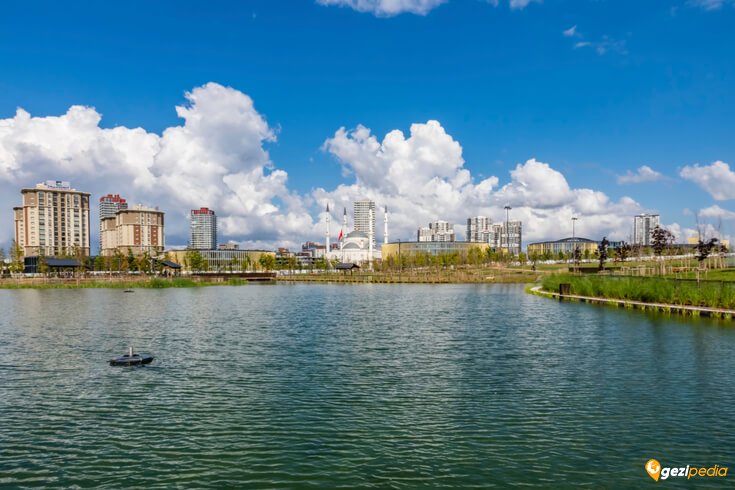 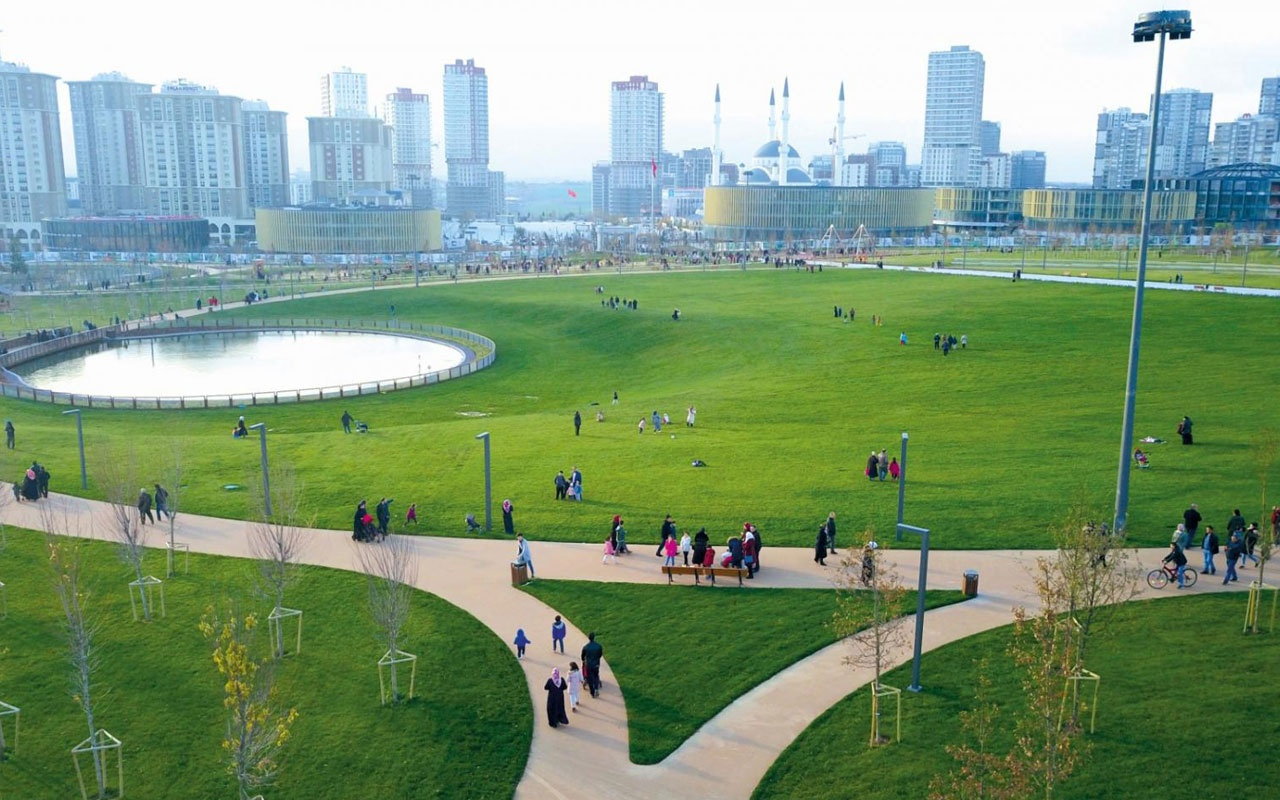 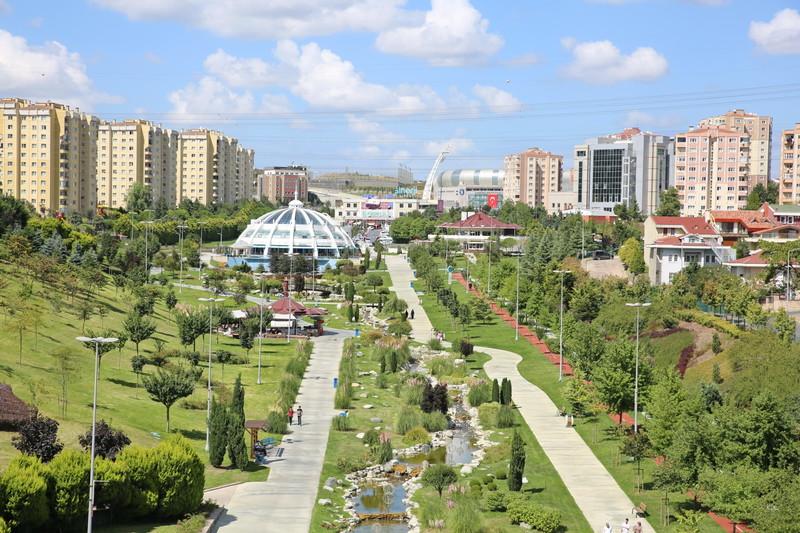 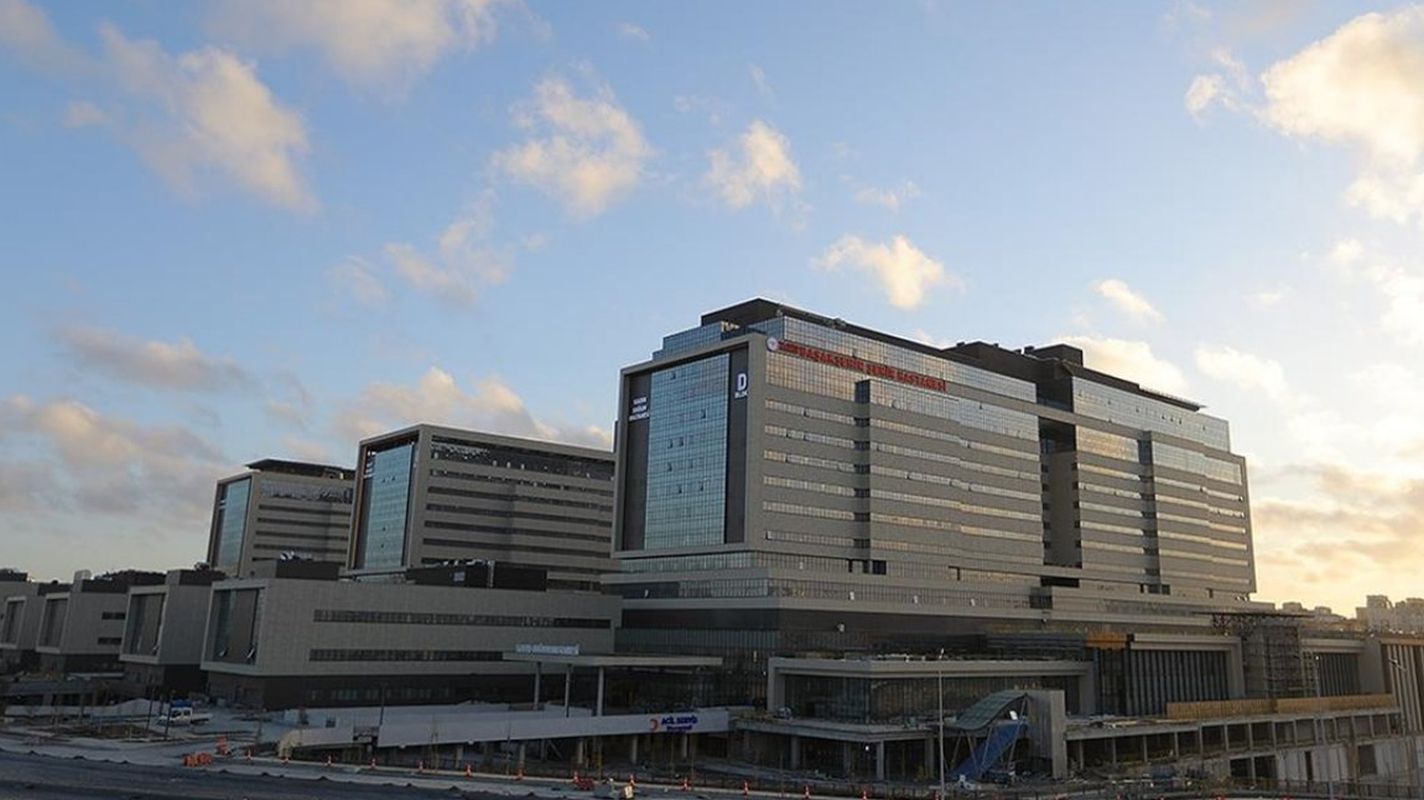 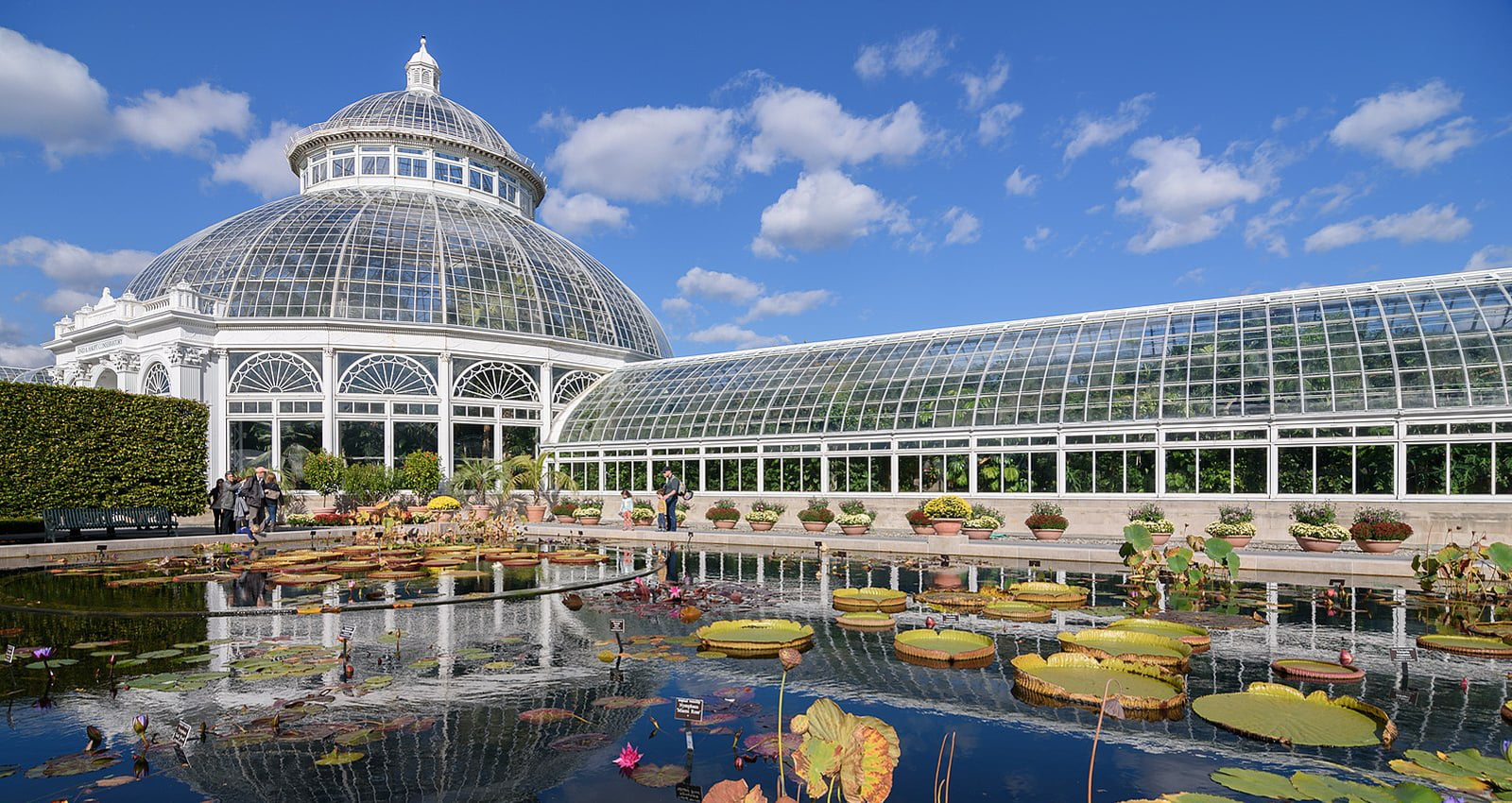 Basaksehir district contains 23 government medical centers and 14 private hospitals throughout the district. Basaksehir Governmental Hospital has a capacity of 100 beds, in addition to the largest health complex in Europe that includes 9 hospitals and a capacity of 2,700 beds.
Medical City in Basaksehir district
Basaksehir Medical City provides up to 9,000 job opportunities for healthcare workers.
Professor (Memiş oğlu), Director of Istanbul City Health, stated that the medical city will provide medical services to about 65,000 people per day, and the Turkish Health Director continued that the Basaksehir Medical City project is a joint project between the public and private sectors, but its staff, who will provide the service, will consist of Fully of state doctors and workers in the Ministry of Health. While the private sector, represented by the construction company, will provide external services called support services such as cleaning, security, secretarial services, and technical services. It is important to note that all services will be free and not a single penny will be paid from the pocket of any citizen. He concluded by saying, “The opening of the Medical City will not lead to the closure of any other medical facility, and healthcare services will be provided at full capacity. The neighborhood includes two of the most important highways in Istanbul, the E-80 international highway, which passes through the center of Istanbul and continues to Bulgaria and Greece.
In addition to the Basin Express Road, which contains the headquarters of the most important international companies and banks, in addition to the Mall of Istanbul, the largest mall in Istanbul, the Basin Express road connects the E80 International Highway and the E5 Road, the transportation nerve and the most important residential block in Istanbul.
The Turkish government has deliberately created a famous Basaksehir neighborhood with modern architecture and construction specifications with a high capacity to accommodate the density of housing and transportation in the future. We find the road network was designed to include wide streets and large corridors that accommodate cars, buses, and tram lines. Even the main Basaksehir Square is three times the famous Taksim Square. The neighborhood is one of Istanbul's most quiet neighborhoods due to the lack of car noise.
As for the transportation lines, the neighborhood includes many buses that roam the neighborhood at precise times and carry residents to all parts of Istanbul in record times. The Basaksehir metro line, whose excavation work was completed in 2009 at a cost of 450 million Turkish liras, was opened in 2013. It is 16 km long and includes 11 stations that reach from Basaksehir through Mahmut Bey district to Kirazli district. Excavations are currently being carried out to integrate with the new metro line that connects to the new Istanbul Airport.
The Turkish government has also recently started a project to construct a special tram line for the neighborhood only to connect the interior areas with each other. Several tunnels will pass under the famous Basaksehir district that will connect the district to the Kucukcekmece district, Bağcılar district, and Avcilar district. 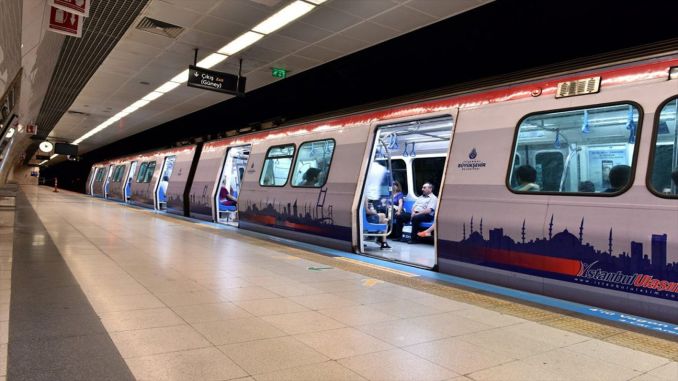 Basaksehir includes many governmental and international educational facilities with Arab or Turkish administration, starting with kindergarten and nursery schools, which are distributed throughout the region, all the way to the secondary and university levels.

The most important international schools in Basaksehir:
1- Al-Safir School in Basaksehir, which is one of the first English-speaking Turkish international schools in Istanbul and is accredited by the California Ministry of Education.
2- Al-Huda International Schools in Basaksehir:
The school opened in 2019 and depends on teaching scientific subjects in English and literary subjects in Arabic, with an interest in teaching students the Turkish language according to their level.
As for the school branch in the Kyaşehir district of Başakşehir, it adopts the American curriculum in teaching.

3- Al-Aqsa International Schools in Basaksehir:
Which adopts the American curriculum in its department located in Başakşehir and is considered one of the first schools that opened in Istanbul in 2016/2017. It is accredited by the Turkish Ministry of Education, holds an advanced accreditation, and is based on teaching the American curriculum (Macrohill) with an interest in the Arabic language, the Noble Qur’an, and the Turkish language.
4- Jerusalem schools that teach Arabic, English, and Turkish curricula:
5- Al Awael International School:
A bilingual Lebanese curriculum, where the science curriculum is in English and the humanities curriculum is in Arabic.


Private universities in Basaksehir:
In addition to the proximity of Başakşehir to Bahçeşehir University, which is ranked 37th in Turkey, where it was founded in 1998, and aspires to be one of the best five hundred universities in the world by 2023, due to the real standards it provides for local and global competition, and it also has branches Many countries in the world, such as the United States of America, Germany, Canada, Georgia, China, Italy and the Turkish Republic of Northern Cyprus. We will also list the most important private universities located within the Basaksehir region:

1- Basaksehir Academy of Arab Sciences:
Basaksehir Academy of Arab and Islamic Sciences is a higher education institution, concerned with the study of Islamic sciences in a specialized study, at the post-secondary level and its equivalent, an international academy of an independent nature, it has partnerships with the most important universities and international academic bodies, and it also has strong partnerships with Turkish authorities in the foreground. Presidency of Religious Affairs.

2- Ibn Khaldoun Private Arabic-speaking University:
It is a constituent university with a public legal personality and is subject to the provisions of Higher Education Law No. 2547 on Constituent Higher Education Institutions by the Turkish Youth and Education Services Foundation. The university has faculties of education and communication, humanities and social sciences, law and political sciences, and institutes of social sciences and educational sciences.
Ibn Khaldun University aims to be distinguished as a “research university” in Turkey and the world by the quality of the education it provides and the research projects it implements. Ibn Khaldun University (IHU) is a constituent university founded by TÜRGEV. It was opened in 2015 and education began on the southern campus of Basaksehir in the 2017-2018 academic year. The Ibn Khaldun complex, also known as the North Campus, near Fatih Terim Stadium in Basaksehir, was built taking into account the Ottoman architecture of the school. It is planned that 75% of its students will be postgraduate students (Masters and PhDs).

Basaksehir is also distinguished from the rest of Istanbul by the presence of the largest library in Istanbul that opened in 2019 and is equipped with modern technologies for people with special needs in a privileged location in the middle of Al Shaab Park.

Basaksehir real estate is characterized by many wide options suitable for many foreign investors. Basaksehir has apartments, villas, offices, and suitable options for those looking to buy a property in a special area in Istanbul. Deal Real Estate offers many apartments and villas in Istanbul with multiple properties such as sea view, city view, and residential towers suitable for investment in a wide number of areas in Istanbul, especially in the Basaksehir area. The average real estate prices in Basaksehir are 250,000 US dollars, and we also provide many offers on a weekly basis that can be viewed and benefit from the experience of our consultants to help you reach the best real estate option.
One of the advantages of investing in Basaksehir is the presence of small industrial projects with the availability of huge commercial markets, which made it important in the list of foreign and Turkish investors, as it is an area in which many social classes settle, as well as modern housing complexes.

A distinctive residential project within the Basaksehir area

Residential project next to the new Istanbul Canal

Apartments for sale in a residential complex in Ispartakule, in the municipality of Basaksehir, in installments

Apartments for sale in Basaksehir, long installments and in Turkish lira, near the medical city, within the Basaksehir Avrasya 3 project

Apartments for sale in Basaksehir near the Medical City, next to two subway stations

Residential project next to the new Istanbul Canal

Apartments for sale in Basaksehir within the Luxera Nevbahar project, Next to metro station

Apartments for sale in the prestigious Basaksehir area, hotel design next to the metro station

Hotel apartments managed by the famous hotel brand Hilton, within the Mall of Istanbul