An overview of the Zeytinburnu district in Istanbul European

This area has many advantages. First, it is the center of money and business. Most businessmen choose it to build their investment edifices. They see in it the way to their success and the path to achieving their dreams. Moreover, this region has been given special importance by the Turkish government, and in the coming days, they may increase their support through transportation highways. All these details lead to successful and superior properties that achieve fantastic profits, and we must mention here that the infrastructure of Zeytinburnu is distinguished and strong.

What are the most important details in Zeytinburnu?
1- It contains some details that made it rise in the field of real estate investment, like the modern neighborhoods and old popular neighborhoods, but the modernity character is starting to spread in it strongly.
2- Also, this area includes many huge residential complexes that are characterized by luxury, sophistication, and modern technologies, with a great view of the Marmara Sea.
3- One of the pieces of information that we must know here is that Zeytinburnu has a wonderful tourist character that attracts tourists every year.
4- This area includes many places, gardens and green parks that provide a great opportunity for tourists and residents to take tours or picnics.
5- There are a lot of places for children to play and they are very safe, in general, they are most entertaining.
6- Zeytinburnu includes many places designated for shopping, and all its shops include everything international and distinctive, and this is also reflected positively on the idea of ​​real estate investment.
7- The region never lacks distinguished and high-end educational institutions, and by this, we mean schools and universities, their educational institutions suitable for all age groups.
8- The E5 highway passes through its center and is one of the most important highways in all of Turkey, which increases its importance, and the new Eurasia Tunnel, which was opened a short time ago, is located close to it.
9- It is also important to mention that Zeytinburnu is close to the port of Bakirkoy, which facilitates sea transportation from Zeytinburnu to Yalova, Mudanya, and many other places.
10- We must know that life in Zeytinburnu tends to be healthy and distinctive, as it is open to fresh open air filled with oxygen atoms, and it is far from hustle and bustle and air pollutants.
The population of Zeytinburnu is 287.38, and real estate statistics indicate that real estate prices within Zeytinburnu have increased significantly, and there are many villas and malls there.

On September 1, 1957, Zeytinburnu turned from a small neighborhood into a large and developed city that offers many services!
Zeytinburnu was called by this name because the residents had planted a lot of olive trees in the area.
The Christians paid great attention to the Zeytinburnu area because of the presence of the Patriarchs of Jerusalem within it!

Where is Zeytinburnu located ?

Zeytinburnu is located in Istanbul with a population of 287.38, while it is 355 km west of Ankara, the country's capital.
With its unique location between the old historical district and Ataturk International Airport, Zeytinburnu is one of the most important investment areas to attract investors in the Turkish real estate sector, and it is 20 minutes away from the historical peninsula, in addition to the meeting point of many means Transportation and public transportation such as metro, Metrobus (bus express line), tramway, Marmaray metro line, sea transportation, and a wide network of bus lines to all regions and regions of Istanbul.
Zeytinburnu district is bordered by a number of historical municipalities that occupy the city center, such as Fatih, Eyup, Bakirkoy, and İsnlar. The coastal and Mediterranean location of these areas and all the lively and historical neighborhoods contribute to the continuous increase in real estate values ​​and encourage investors to constantly search for apartments for sale in Zeytinburnu.
. Its nearest airport in Turkey is Ataturk International Airport 8 km to the west 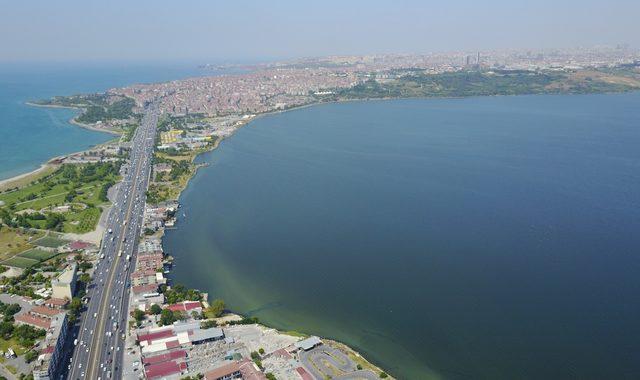 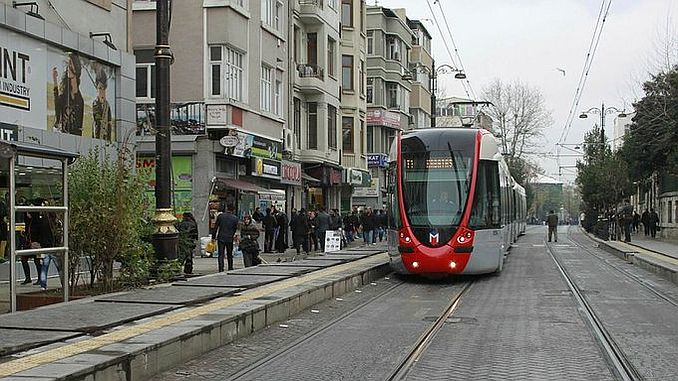 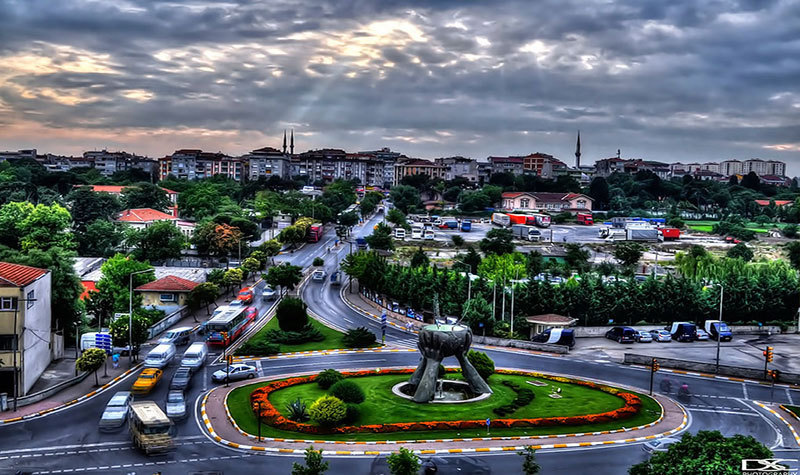 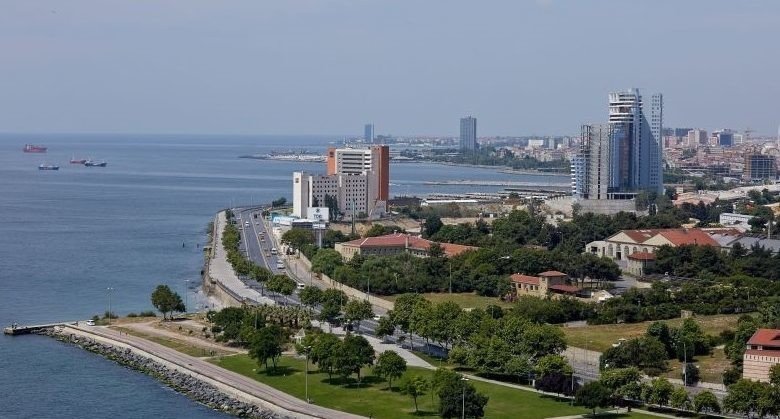 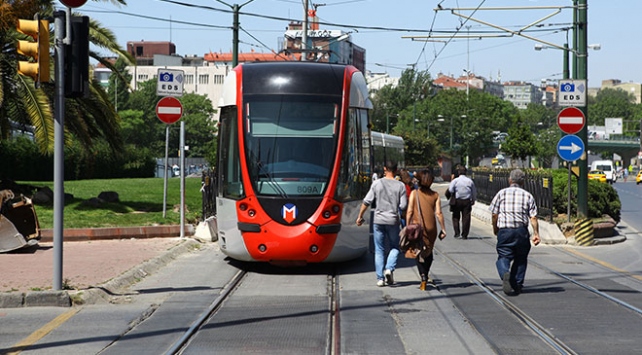 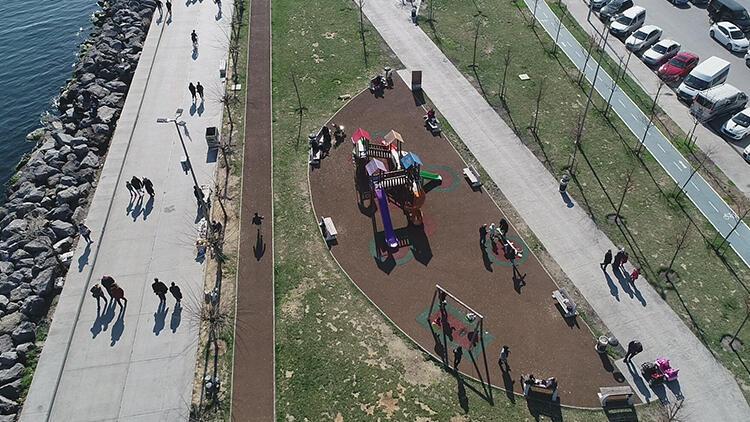 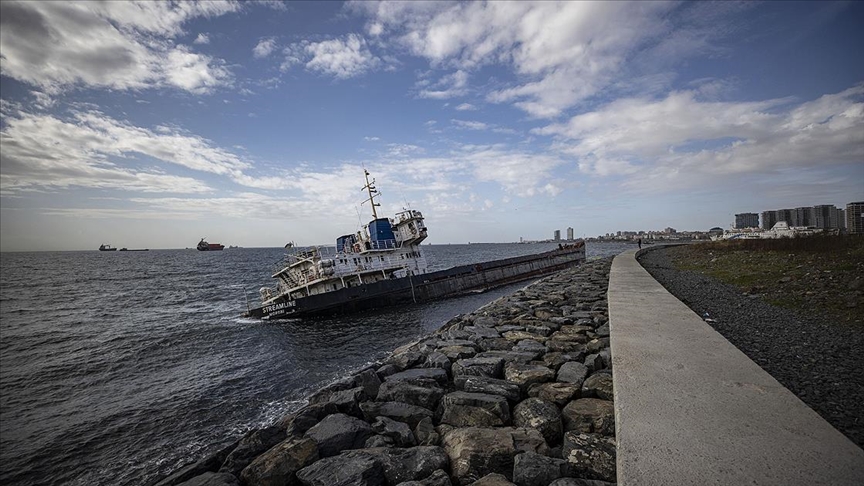 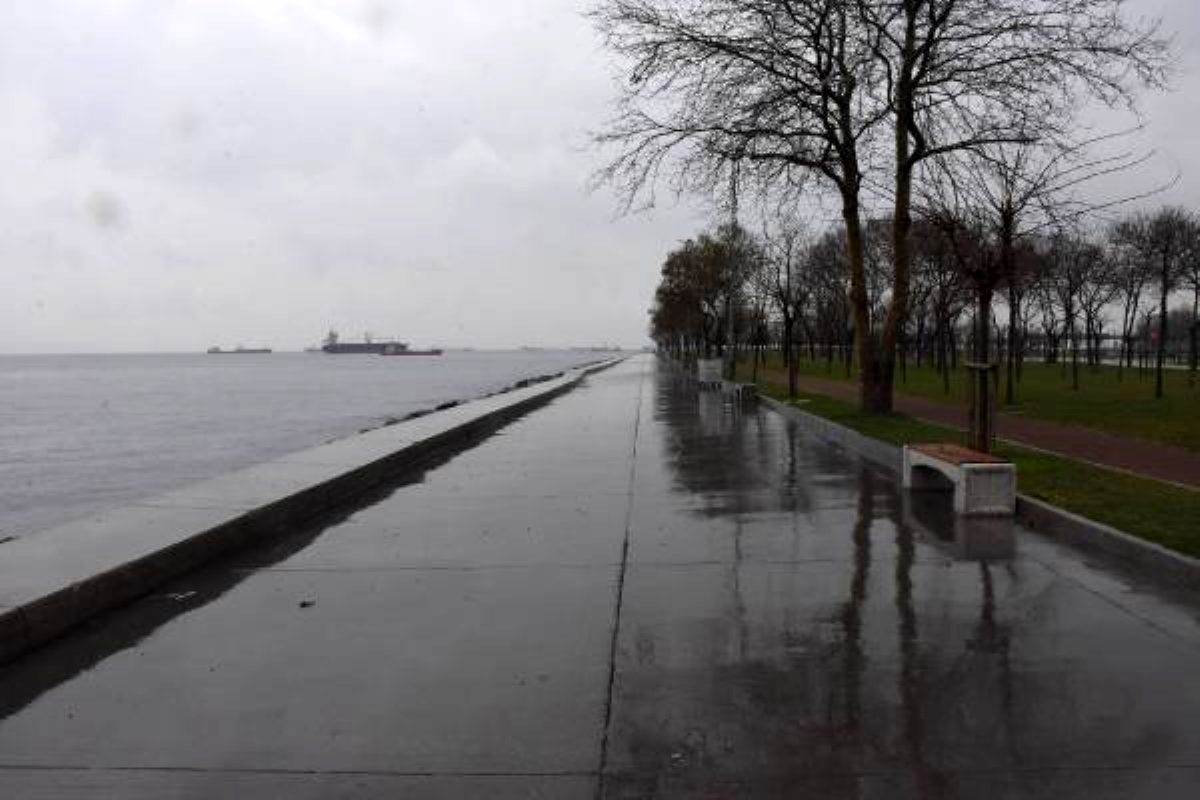 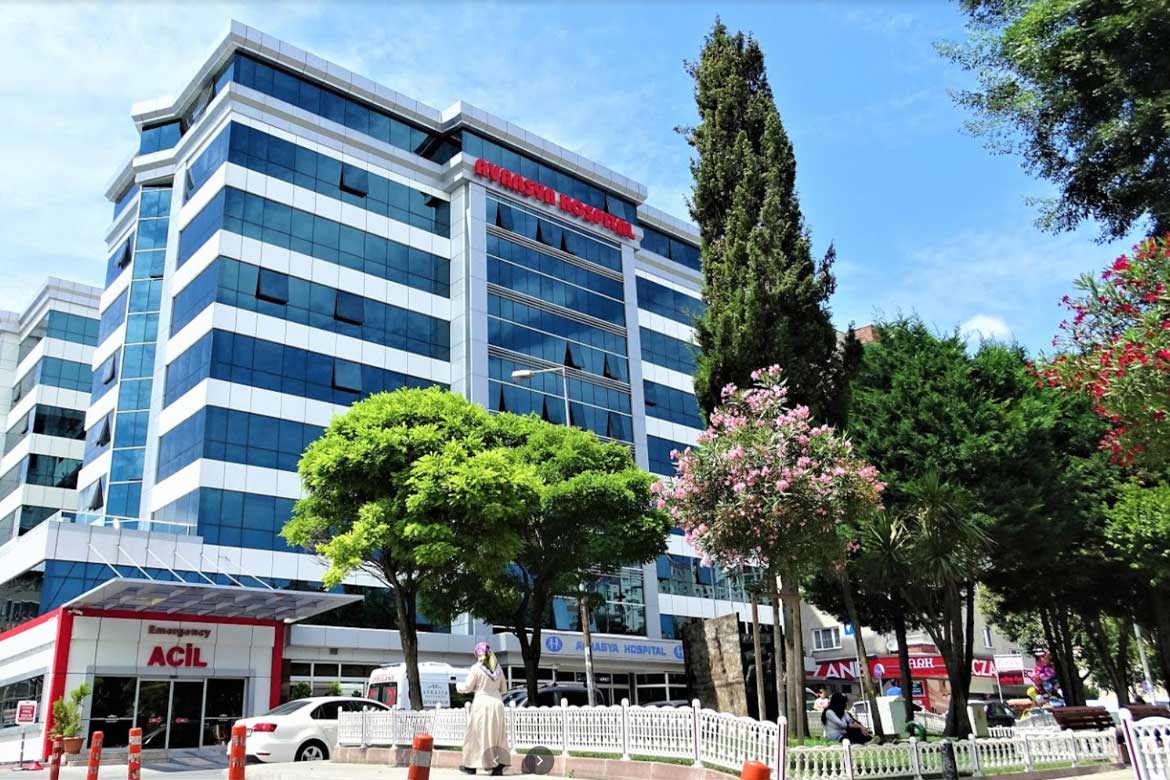 Zeytinburnu is characterized by being a very important transportation node, as it oversees the following roads:
The tramway takes you to many historical areas.
Metrobus.
The Metrobus line reaches more than 35 stations between European and Asian Istanbul within a maximum of an hour!
Kirzali subway, which crosses twenty stations.
Land transport buses, that is, buses that are spread in all areas of Istanbul.
Seaport.
The seaport is located in the Bakirkoy area, which is only 5 minutes away from Zeytinburnu, and through this port, it is possible to reach many tourist places such as Yalova and Mudanya.
Sea metro of Marmara.
The Marmaray Line runs within the Yenikapi area and we reach it by subway, and then you can reach Asian Istanbul in just a quarter of an hour! 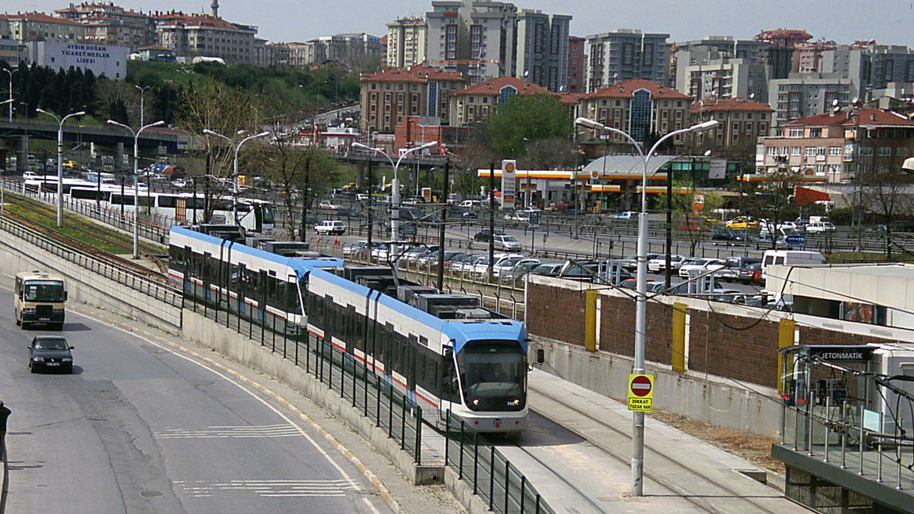 The most important private and public schools in the Zeytinburnu region:

Universities in Zeytinburnu region:
Yeni Yüzyıl Üniversitesi .
It is considered one of the Turkish public universities in the Zeytinburnu region, as it contains all disciplines and scientific colleges, the most prominent and most important of which is the Faculty of Medicine and Dentistry, which has a distance education system.

Zeytinburnu real estate is characterized by many wide options suitable for many foreign investors. Zeytinburnu has apartments, villas, offices, and suitable options for those looking to buy a property in a special area in Istanbul. Deal Real Estate offers many apartments and villas in Istanbul with multiple properties such as sea view, city view, and residential towers suitable for investment in a wide number of areas in Istanbul, especially in the Zeytinburnu area. The average real estate prices in Zeytinburnu are 300,000 US dollars, and we also provide many offers on a weekly basis that can be viewed and benefit from the experience of our consultants to help you reach the best real estate option.
One of the advantages of investing in Zeytinburnu is the presence of small industrial projects with the availability of huge commercial markets, which made it important in the list of foreign and Turkish investors, as it is an area in which many social classes settle, as well as modern housing complexes.

Apartments for sale in the Top Cap district in the center of Istanbul, right on the E-5 highway

Luxury apartments for sale in one of the most prestigious neighborhoods of Istanbul, in Zeytinburnu, within the Selenium Park project Apartments for sale in Zeytinburnu in government complex, with direct views on Marmara Sea 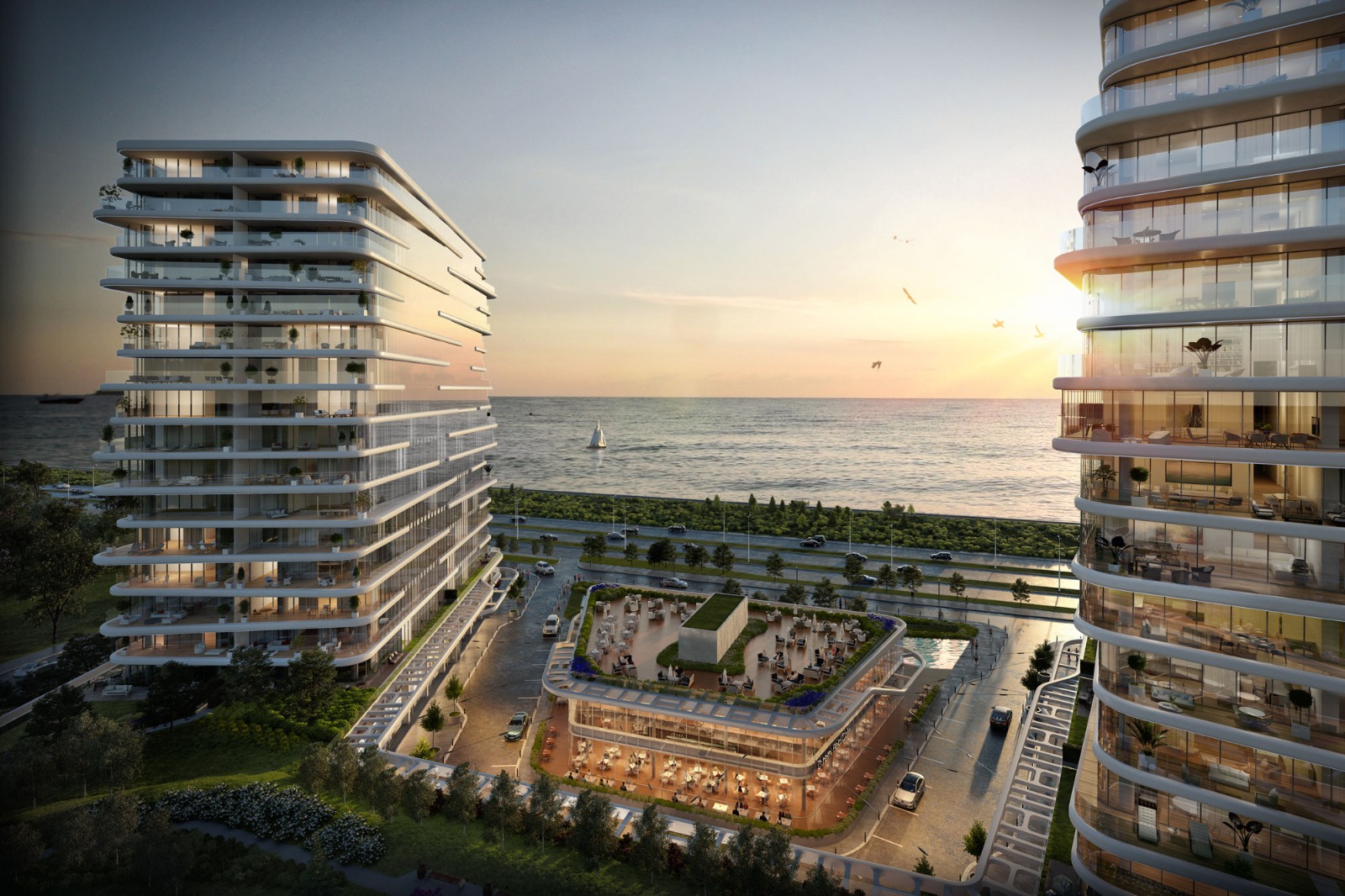 Apartments for sale in Zeytinburnu, with sea views Apartments for sale in Zeytinburnu, near Ataturk Airport, within the Mega Garden Park project

The Tramway is directly next to Real Merter project

Commercial offices with the home office system in the center of Istanbul, specifically in the Topkapi area

Apartments for sale in the European side of Istanbul, overlooking the Golden Horn Bay, within the Stone Palace 2911 project

Apartments for sale in European Istanbul, in a residential and investment project in the city center,

Apartments for sale in the center of Istanbul, next to a subway station and metrobus station